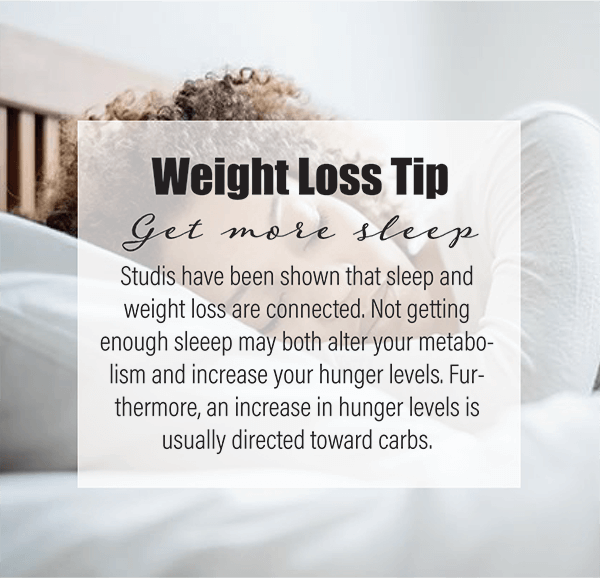 It’s true: Being short on sleep can really affect your weight. While you weren’t sleeping, your body cooked up a perfect recipe for weight gain.When you’re short on sleep, it’s easy to lean on a large latte to get moving. You might be tempted to skip exercise (too tired), get takeout for dinner, and then turn in late because you’re uncomfortably full.If this cascade of events happens a few times each year, no problem. Trouble is, more than a third of Americans aren’t getting enough sleep on a regular basis. Yet experts agree that getting enough shut-eye is as important to health, well-being, and your weight as are diet and exercise.

Skimping on sleep sets your brain up to make bad decisions. It dulls activity in the brain’s frontal lobe, the locus of decision-making and impulse control.

So it’s a little like being drunk. You don’t have the mental clarity to make good decisions.

Plus, when you’re overtired, your brain’s reward centers rev up, looking for something that feels good. So while you might be able to squash comfort food cravings when you’re well-rested, your sleep-deprived brain may have trouble saying no to the second slice of cake.

Research tells the story. A study in the American Journal of Clinical Nutrition found that when people were starved of sleep, late-night snacking increased, and they were more likely to choose high-carb snacks. In another study done at the University of Chicago, sleep-deprived participants chose snacks with twice as much fat as those who slept at least 8 hours.

A second study found that sleeping too little prompts people to eat bigger portions of all foods, increasing weight gain. And in a review of 18 studies, researchers found that a lack of sleep led to increased cravings for energy-dense, high-carbohydrate foods.

Add it all together, and a sleepy brain appears to crave junk food while also lacking the impulse control to say no.

Sleep is like nutrition for the brain. Most people need between 7 and 9 hours each night. Get less than that, and your body will react in ways that lead even the most determined dieter straight to Ben & Jerry’s.

Too little sleep triggers a cortisol spike. This stress hormone signals your body to conserve energy to fuel your waking hours.

Translation: You’re more apt to hang on to fat.

Researchers found that when dieters cut back on sleep over a 14-day period, the amount of weight they lost from fat dropped by 55%, even though their calories stayed equal. They felt hungrier and less satisfied after meals, and their energy was zapped.

Sleep deprivation makes you “metabolically groggy,” University of Chicago researchers say. Within just 4 days of insufficient ZZZs, your body’s ability to process insulin — a hormone needed to change sugar, starches, and other food into energy — goes awry. Insulin sensitivity, the researchers found, dropped by more than 30%.

Here’s why that’s bad: When your body doesn’t respond properly to insulin, your body has trouble processing fats from your bloodstream, so it ends up storing them as fat.So it’s not so much that if you sleep, you’ll lose weight, but that too little sleep hampers your metabolism and contributes to weight gain.

Tricks and Tips for a Better Night’s Sleep

In today’s world, snoozing can be difficult, particularly when all your screens (computers, TVs, cell phones, tablets) lure you into staying up just a little longer.

The basics are pretty simple: